Draw Me A Hole For That

Draw Me A Hole For That 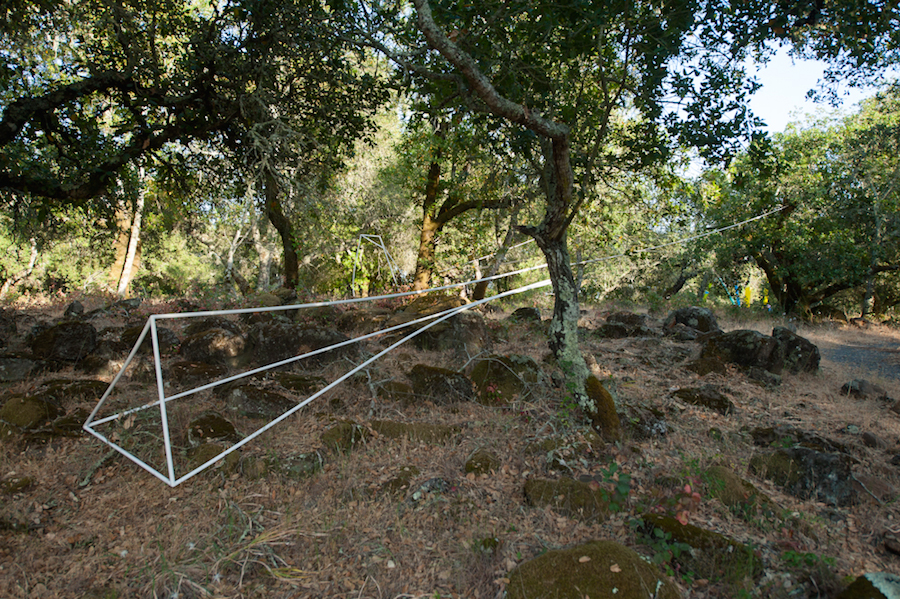 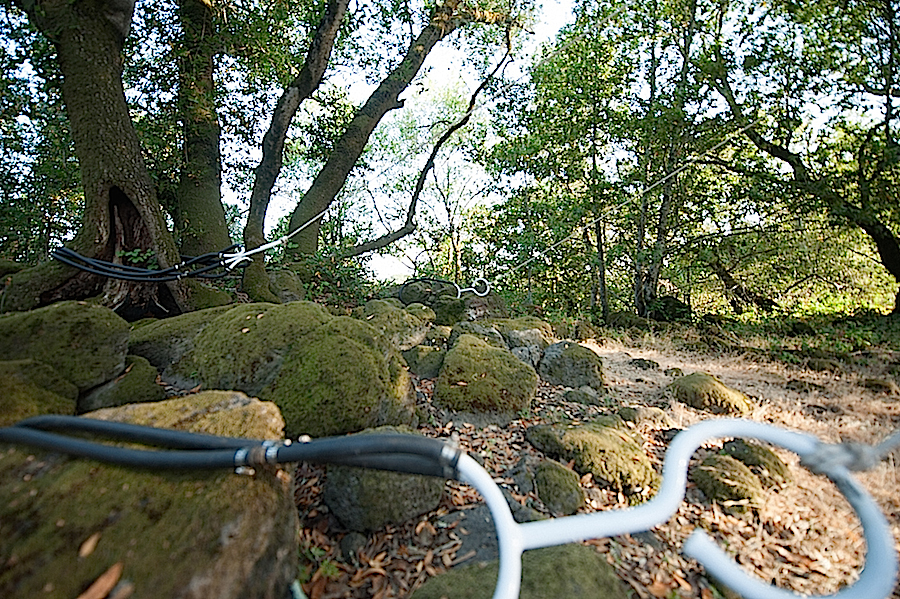 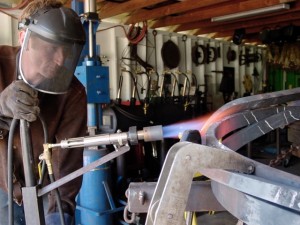 While David’s work includes both traditional sculpture and architectural metalwork, his focus centers on conceptually driven art in which the work and the site collaborate to bring a more potent experience to the viewer. Some of these pieces are clearly sculpture, others blur the line between the fine and applied arts. Draw me a hole for that fulfills a desire to work directly with the landscape. The forms were first imagined, then drawn, then translated into sculpture that talks about the ties between object, viewer, and location. Anchored to moss-covered trees and stones, the lines start in an area greened by irrigation. Here rubber hoses grip, and then lead the eye upward. Tensioned ropes cut through the trees supported by some, passing through one, and lead across the path to another place, a grove not far away, but different. The ropes deploy again and resolve in implied forms which are painted white to show wear. Over time scratches will allow the metal to rust leaving a history on its skin. The scars reflect ferocity, a reveling in engagement. There are three forms, one that rocks, one that wants to hang and pull, and one that is long with lengths that yield. They suggest but resist volume describing what could be and at the same time deciding not to get in the way. The work adapts depending on the situation and can tell a number of stories in response to time, place, and who or what is involved. The ropes, whether tight or slack, show the state of connection from one to another. The rope says what’s happening on either end and invites the visitor to follow. Sculpture is an extension of self. Its action is mine transformed. It wants to be with places, it wants to be with people and things, it wants to be tied to its God. Making these objects is to create a potential. Using them is to be in the situation. The work is what happens when the objects are on-site.