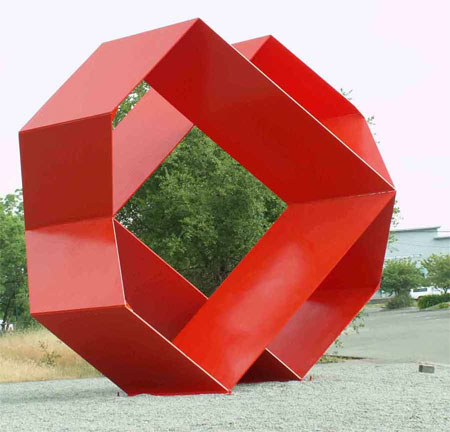 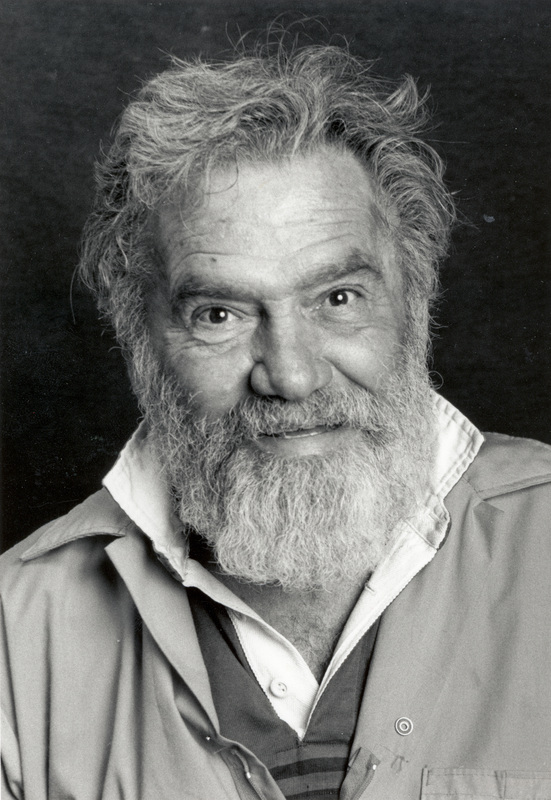 Since the late 1950s, Peter Forakis has produced a continually fluid, self-generating body of sculpture based on geometric space, and rhomboidal modules and trundcated cubes. The possibilities suggested by these forms have been subjected to infinite and protracted exploration Forakis has created monumental sculptures, such as the “Atlanta Gateway,” that spans a major traffic artery, as well as smaller works suggested by parts of earlier projects. The interrelationships between all of these and the process by which each new piece arises from one or another of the older works is enriched by the complexity of Forakis’ background and an incisively acute and probing mind. The son of a Greek immigrant, Forakis grew up on the vast Wyoming prairie. The heritage of ancient Greek mythology, philosophy and geometry, and the unique character of the western United States, imparts a salient quality to Forakis; prodigious production. The elegant, cerebral forms appear acutely paradoxical in relation to their rugged, earthy creator.