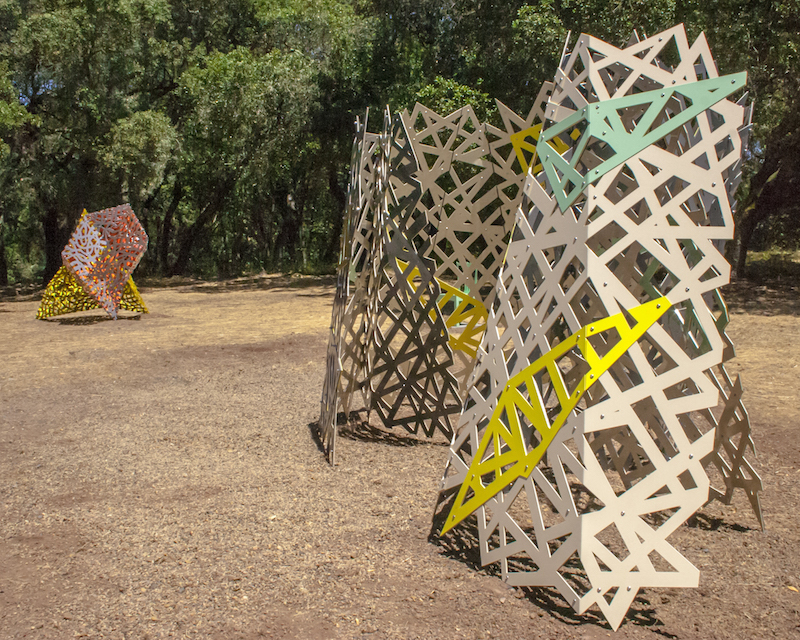 Matter and space, shadow and light, drawing and structure, intermixing colors are all components of Fleming’s work and continuously interact with each other to destabilize what appears to be solid and identifiable. Her work allow the simultaneous perception of an object, the revelation of its inside, and a view right through the structure. Colors combine in the eye and the viewer begins to realize that the nature of reality depends on where you are standing.

Question: If you linger and look and listen and wait, what else is here? 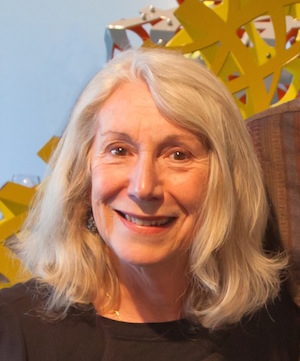 Linda Flemming’s work hints at the co-existence of the mundane and the cosmological to create a place where two realities simultaneously exist including the possibility that the past is also present. The structures are diagrams of thought that provide a glimpse of the strangeness beyond the world to which we cling; opening a place where thought becomes tangible, history leaves a trace and information exhales form. Fleming was born in 1945 in Pittsburgh, PA. Flemming displayed an aptitude for art at a very early age, and her talents earned her a full scholarship to Carnegie Mellon University in 1963. For Fleming, location is vital to her in creating artwork, and as a result, the artist divides her time between three studios. Her first studio a 40-foot geodesic dome is located in Colorado at Libre, an artist’s community that was founded in 1968. Fleming’s second studio is at Wall Spring in the Smoke Creek Desert in northwestern Nevada, and the third, The Brewery, is in Benicia, CA where Fleming assembles most of her large-scale works. Fleming’s works are featured in public and corporate collections, and her most recent shows include Nebula/Ether/Wisp: Sculpture and Drawings at Brian Gross Fine Art, San Francisco, CA and Remnants at Lemmons Contemporary in New York City. In 2006, Fleming installed Dona Benicia’s Mantilla (Envelops the General’s Chair) at Harbor Walk in Benicia, CA. Since 1986, Fleming has been teaching at the California College of Arts, Oakland, CA.